A picture I drew, some typical shapes of waves.

The double rainbow and Jingdezhen is surrounded by mountains

Land Demolition near my workshop

The stuff I made there. Also made some resin for fun :D

During the summer holiday, I spent one month is Jingdezhen, China. Jingdezhen is known as the "Porcelain Capital" because it has been producing quality pottery for 1700 years. It is not only a historical city for ceramics, but also has many craftsmen gathered here, continues to develop and constantly innovate carefully orchestrated in Chinese traditional ceramics. I am interesting in ceramics and want to get in touch with Jingdezhen traditional culture.

Because of the time limit, I just have one month to stay there. Of course, I had my "wave wave" design and plan before I went there. But ceramics have too many unpredictable circumstances happened when you work with them, so I just finished part of my project.

Also, I had a good time in that one month. I learned a lot in the production process; I met many friends in the workshop; I experienced a local culture; I saw interesting objects in the weekend ceramics creative fair;  I enjoyed the location in Jingdezhen, etc.

I am going to separate my record into two parts: The process of "Wave Wave" and My Daily Life.

After I finished my four molds, I had a new idea, so I just used one of the molds then carved and changed the wave mold into a cracked one.

The process of "Wave Wave" 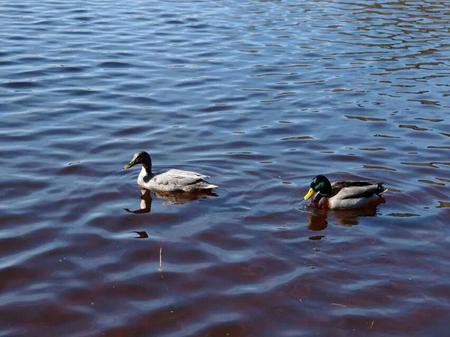 I used plaster to do the mold, then carve and shape it with sculpting knife and sponge. It is interesting, I can feel the beauty of the waves when I made them. I did four different 33x33cm square molds to show four examples of water waves. Then turning model in other four white stronger plaster models.

My Daily Life in Jingdezhen 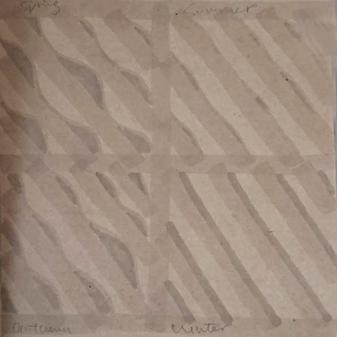 At the beginning, I was thinking of making four pieces of them in 3-4 mm thickness. After I tried the thin piece, it seemed too thin. That was not as good as expected. So I added four enlarged stands on each edge and a bottom, so it was a hollow square. The progress of ceramic production depends on the weather, so sometimes it takes a long time if you are waiting for your casting model to dry for the kiln and it is raining all day.

This is the picture I took in a national park in Birmingham, UK. I love the morphology of water waves.

This lead me to make a series of "wave" project.

Me and my friends

Where is Unit Dish come from?

​​The idea comes from "Wave". Before I made the final model of "Wave", I did a 4mm thin piece first. During the time I was making it, it was quite hard to keep it without it breaking or cracking. So I got the idea, just follow nature. Let them crack and make them crack more to become different pieces like dishes. Then they can become one unit together as well. But I did not have enough time in one month so I just did half......

These are the pictures show the method how I made Random Combination. I cut the four wave plaster molds each into 9 blocks. I chose random nine different wave-blocks which can then be composed together in one piece. I pressed the clay molding.

You also can see before I didn't do the bottom of "Wave", the edges is very weird. They changed shape...... The last picture is my final successful one! That was the last few day when I was there. So I will go back to finish others next summer holiday.